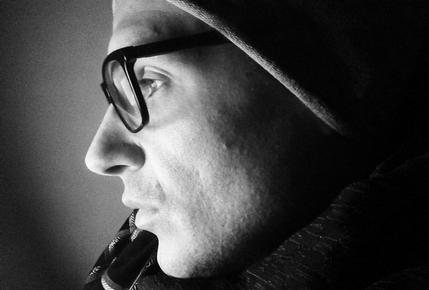 Born and raised in Budapest, his talent in visual arts was early noticed. His first exposure to fine arts were Watteau's Pierrot, Giotto's Lamentation and Bosch's ‎Garden of earthly delights at the age of five. Through the years, inspired by the works of Klee, Schiele, Moreau or Doré, alternative and mainstream urban culture and also motivated by his genuine interest in anthropology, philosophy and later theologian studies, he developed his unique visual language.